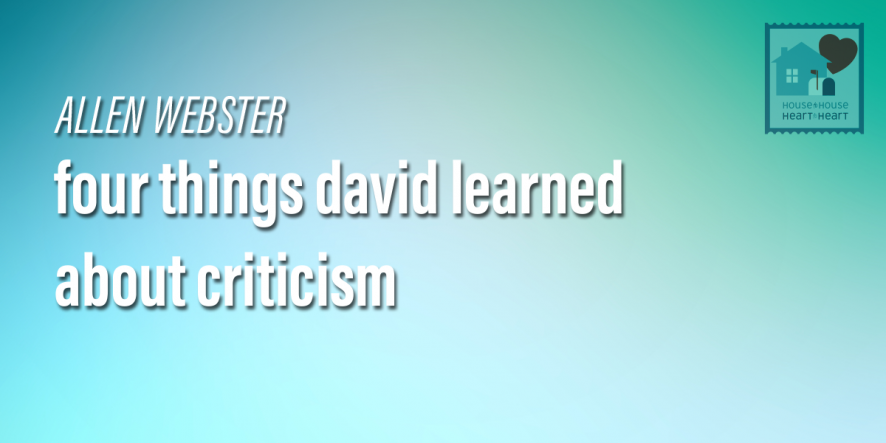 David learned some tremendous lessons about criticism while he was fleeing from his son Absalom. Along the way a man who had hated him for years cursed him mocked him and threw stones at him. David took this abuse patiently and there are some great lessons we can learn from this account as well.