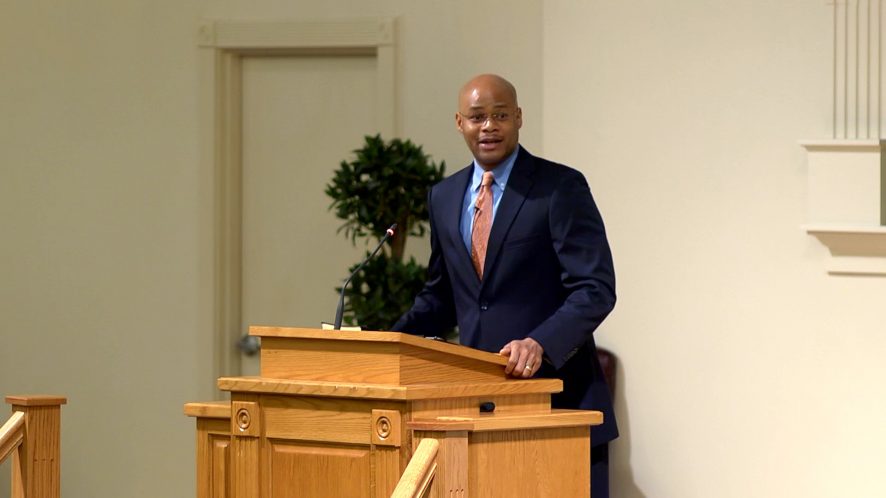 Otey has served as an Associate Professor of Law at Faulkner University, Jones School of Law, since August 2014. Prior to this, he worked for the US Department of Justice in Washington, DC, as a trial lawyer (2000-2003, 2007-2014) and preached for the Georgia Avenue congregation in DC (2006-2014). He writes for Christian publications and preaches in Gospel meetings, lectures and seminars. He received formal education from St. Louis University (BS in Business Administration, 1997), Howard University School of Law (JD, 2000), and Amridge University (BS in Ministry/Bible, 2008; MDiv in Ministerial Leadership, 2014). He and his wife, Jania, have two sons (Caleb and Christian). They worship and work with the Dalraida congregation in Montgomery, AL.